WHAT IS THE LITTLE BLACK DRESS INITIATIVE?
​​

Founded in 2014 by Junior League of London, and now an international Junior League initiative, Junior League of Napa-Sonoma League advocates will  wear one black dress (or outfit) for five consecutive days to raise awareness and funds for issues surrounding human trafficking.  Each Advocate wears along with her dress a pin that reads “Ask Me About My Dress”, which invites dialogue among colleagues, friends, and strangers about this important initiative. Learn more about human trafficking below.

Additionally, funds raised through the Little Black Dress Initiative allow JLNS to dramatically improve our community through our relationships with community partners and to provide our volunteers with leadership, training, and development opportunities.​

HOW CAN YOU GET INVOLVED?

We are looking forward to LBDI in 2022. League members will wear the same black dress or outfit for five consecutive days with a pin that requests the public to “Ask Me About My Dress” with the goal of sparking conversation and spreading awareness of the initiative and its objectives.

Donate to The Cause: Amazing women will be raising money for JLNS.  Head on over to our Cause Vox page!

Other Ways to Support:

We invite corporate partners to assemble advocacy groups to increase awareness of our efforts. Wear a black outfit and an “I support LBDI” button during the week and encourage others to learn more at the LBDI CauseVox page and learn more about JLNS members who have stepped up to Advocate this year! Contact JLNS, to learn more about how your company can partner with LBDI.

Share A Statistic!  Post a Human Trafficking statistic that affect our communities and state to your social media accounts. Also, repost LBDI promotions throughout the week to engage your social networks. Tag @JLNapaSonoma on Instagram or @juniorleagueofnapasonoma on Facebook with #LBDIJLNS so we can see!

WHAT IS Human Trafficking?

JLNS is committed to abolishing human  trafficking in Napa and Sonoma counties, and through efforts like LBDI, we as an organization are able to provide critical education on this issue and raise money to effect change.


Below are recent statistics, myths & facts regarding Human Trafficking

Human trafficking can happen to people of all ages and genders and any race or religious background. Women are often used for sexual exploitation, while men are usually used for forced labor. It is believed that one in five human trafficking victims are children, exploited for begging, child pornography, or child labor-Human Trafficking Statistics By State 2021 (worldpopulationreview.com)

In 2019, 62% of victims in the US were identified as sex trafficking victims. Source: 2020 Trafficking in Persons Report, State.gov) Now, let’s clearly define what is sex trafficking: Sex trafficking is a form of human trafficking for the purposes of sexual exploitation. It includes sexual slavery, which is also considered modern slavery today. According to the 2019 human trafficking statistics in the United States, there were 8,375 open victim cases reported. 5,090 of these were new. 62% of the victims were US citizens or permanent residents, and 35% were foreign nationals. The citizenship of 2% was unknown.What’s more; 62% of the victims were identified as sex trafficking victims, 22% were victims of labor trafficking, and 7% were victims of both. The case for 9% was unknown.- 20 Horrific Human Trafficking Statistics not to Miss in 2021 (thehighcourt.co)

Who is vulnerable? Human trafficking can happen to anyone but some people are more vulnerable than others. Significant risk factors include recent migration or relocation, substance use, mental health concerns, involvement with the child welfare system and being a runaway or homeless youth. Often, traffickers identify and leverage their victims’ vulnerabilities in order to create dependency.-Polaris

Who are the traffickers? Perpetrators of human trafficking span all racial, ethnic, and gender demographics and are as diverse as survivors. Some use their privilege, wealth, and power as a means of control while others experience the same socio-economic oppression as their victims. They include individuals, business owners, members of a gang or network, parents or family members of victims, intimate partners, owners of farms or restaurants, and powerful corporate executives and government representatives.- -Polaris

How do traffickers control victims? Traffickers employ a variety of control tactics, the most common include physical and emotional abuse and threats, isolation from friends and family, and economic abuse. They make promises aimed at addressing the needs of their target in order to impose control. As a result, victims become trapped and fear leaving for myriad reasons, including psychological trauma, shame, emotional attachment, or physical threats to themselves or their family.

Who are the survivors? Victims and survivors of human trafficking represent every race and ethnicity but some forms of trafficking are more likely to affect specific ethnic groups.- -Polaris 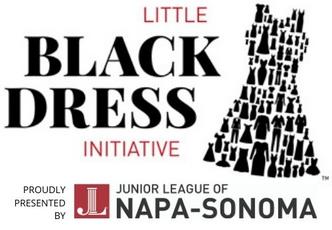 Junior Leagues in the U.S. and abroad are supporting LBDI.

The Junior League of Napa-Sonoma’s Little Black Dress Initiative (LBDI) is an advocacy campaign that raises community awareness on the issue of human trafficking not only in our communities but across county lines, state lines, and international borders.

In January 2022, LBDI Advocates will wear the same black dress for five consecutive days to illustrate the effects human trafficking can have on women, children, women, even men and victims of domestic abuse and sexual assault.  By wearing a button that reads “Ask me About my Dress,” Advocates invite dialogue among colleagues, friends, and strangers to raise awareness about human trafficking.

Find answers to your important questions below:

What is the Little Black Dress Initiative?

How Can You Get Involved?

What is Human Trafficking? 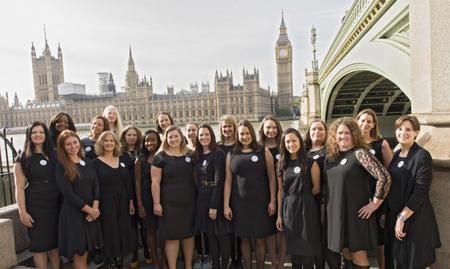